welcome to aurora of a white dragon

Sometimes you don't have enough to say for a big, meaningful blog post. Sometimes you only have little thoughts without a deeper meaning or thesis. Posting them on "proper" blogs feels too lazy. Posting them on social media gets people to argue about your half-baked thoughts. That's why short blogging is the right place for it. Thoughts coming and going like fireworks. Welcome to my shortblog, Aurora of a White Dragon. I wondered which language I should write this in, but picked English. It's not the language of my heart, but at least someone who runs into this might actually be able to understand.

Newest posts are on the front page. Old ones get moved into the archive. They are sorted by year. I hope you enjoy your time in my shortblog, and feel free to send a message in the chatbox to the right if you feel like it. — Saekka

Last Wednesday, I started at a new job. Basically it is a consignment store. I've been buying too much stuff for myself. ^^''

Other than that I've pretty much played Genshin as I have a massive Scaramouche brainrot.

Anyways, I hope to write more when I have something to tell about but right now, it's the usual.

Below, a music box I bought at work:

Good things: my job situation might get a bit better.

Bad things: I don't feel like my mental health is improving...

I started working on my own ~very good idea~ costume... which is Japanese fabric used to make a traditional Finnish (Kainuu) style skirt and vest. Well, it's not exactly that because I made the patterns a bit easier for myself but, yeah. I've had two sessions with my friend now working on it, and so far we have cut all the pieces and finished the skirt apart from two buttons I need to fasten it. Can't continue before I buy some buttons and more fabric for an extra layer on the vest (thin cotton is just way too thin).

Other than that I've pretty much developed a Scaramouche brainrot, to the point I'm kinda planning on making a fansite or "shrine" for him. I just have to figure out how to make it different enough from the layout of this site because I've utilized him quite heavily on the layout here, haha.

I have hung out with a couple of friends and yeah. Played Genshin. 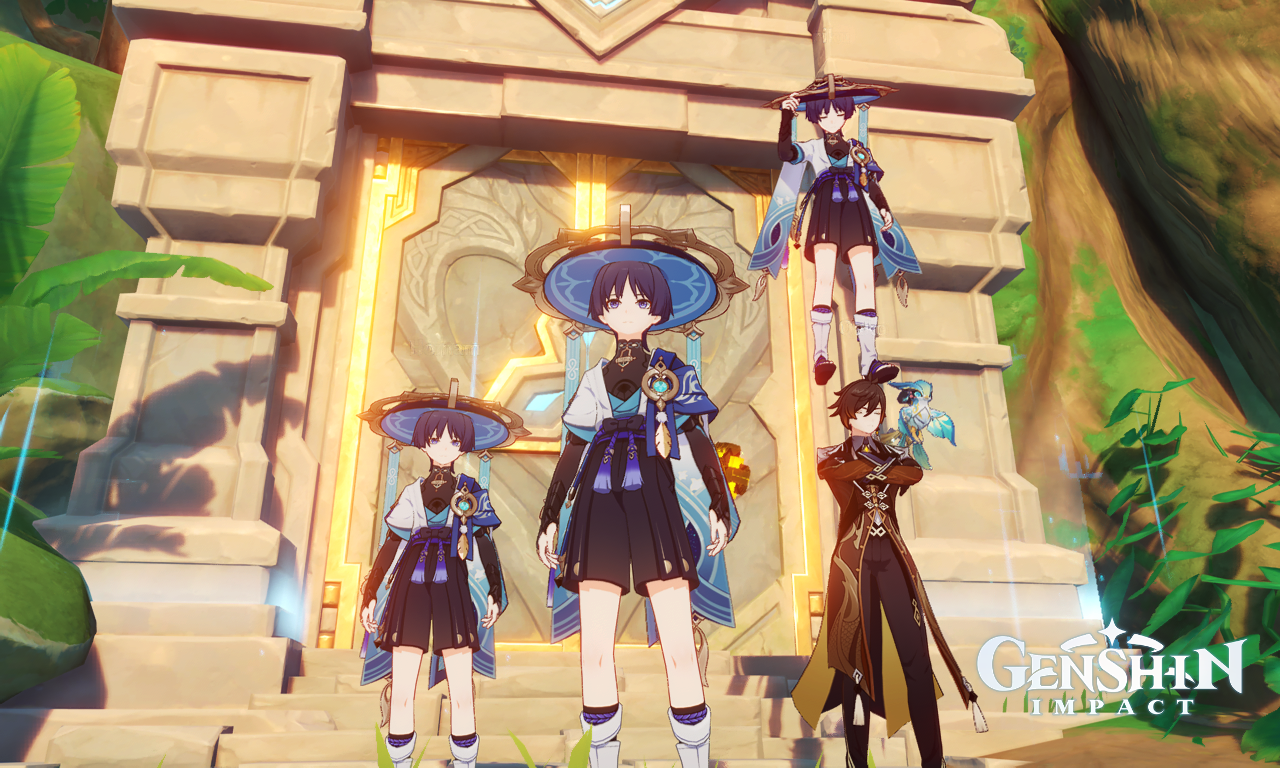 I wanted to post yesterday but I was too tired. I went to see my brother at the military brigade place as he started in his compulsory military service last week. Then I hung out with my friend again later, it was nice.

Today I had my first singing class of the year, and I went to talk about getting my job situation in order and so... well, it's still work in process. Sigh, I have to make calls again tomorrow. Well, tomorrow I also need to go to the hospital to see mental health services.

Oh, and today I got my new fabric I ordered from Etsy so me and my friend started working on the new skirt + vest I want to make. For lunch, I made myself miso noodle soup:

Today I went to eat pizza with my friend and we hung out at my place and watched a movie on the TV. At store we bought stuff so I got myself knitting/crochet supplies so I started working on making a tablecloth. Before all of this in the morning I farmed Scara materials on Genshin.

Yesterday my sister and her boyfriend visited me and we drank tea. Then I played Genshin until 4 am got get through all the Scaramouche stuff. Oh, I did clean up the kitchen in the morning.

Today, I visited my godmother with my mom. She has a senior cat I pet all the time. (Apparently it doesn't usually care about pets but who knows what got to it). Later, I went to a tapas place with my mom and sister and her bf and was a tiny bit drunk. It's been cold here this week, right now it's -21 C. Anyways, that's all.

The services that try to get you to find a job called me. So bothersome. I've been stressed out all day.

I watched anime with my friend, and I prepared this lunch: noodle miso soup with shrimp and egg. Next time I need to add leek. I also received the black lipstick I ordered earlier, but I haven't tested it yet.

I created a fanlistings website, my first. I hope it gets through soon.

Other than that I've felt pretty anxious. Played a bit of Genshin.

I woke up really early but stayed in bed in and out of sleep for nearly 5 hours. I also had a lucid dream so I was flying all around over the town. I guess it was a bit unfortunate though that I didn't have any underwear or pants on...

I went to have lunch at a nearby sushi place. They were playing Chinese music which, I don't know what I should think about that haha. (It's run by Chinese people.) It was ok but some of the sushi pieces were way too dry so I didn't feel so good about them. Then I went shopping and bought a bunch of clothes that were on sale and some that weren't but were still cheap. Should H&M clothes feel so soft and good when they're probably not the most ethical?

After that I went to see the movie Holy Spider. Based on a true story, it tells about a murderer in Iran who kills prostitutes, and the female reporter trying to catch him. It was a nice movie, the right amount of unsettling.

In the end, grocery shopping, decorating the site a bit and playing Genshin. I didn't post yesterday because I did nothing. It was never my intention to write daily if I have nothing to say. 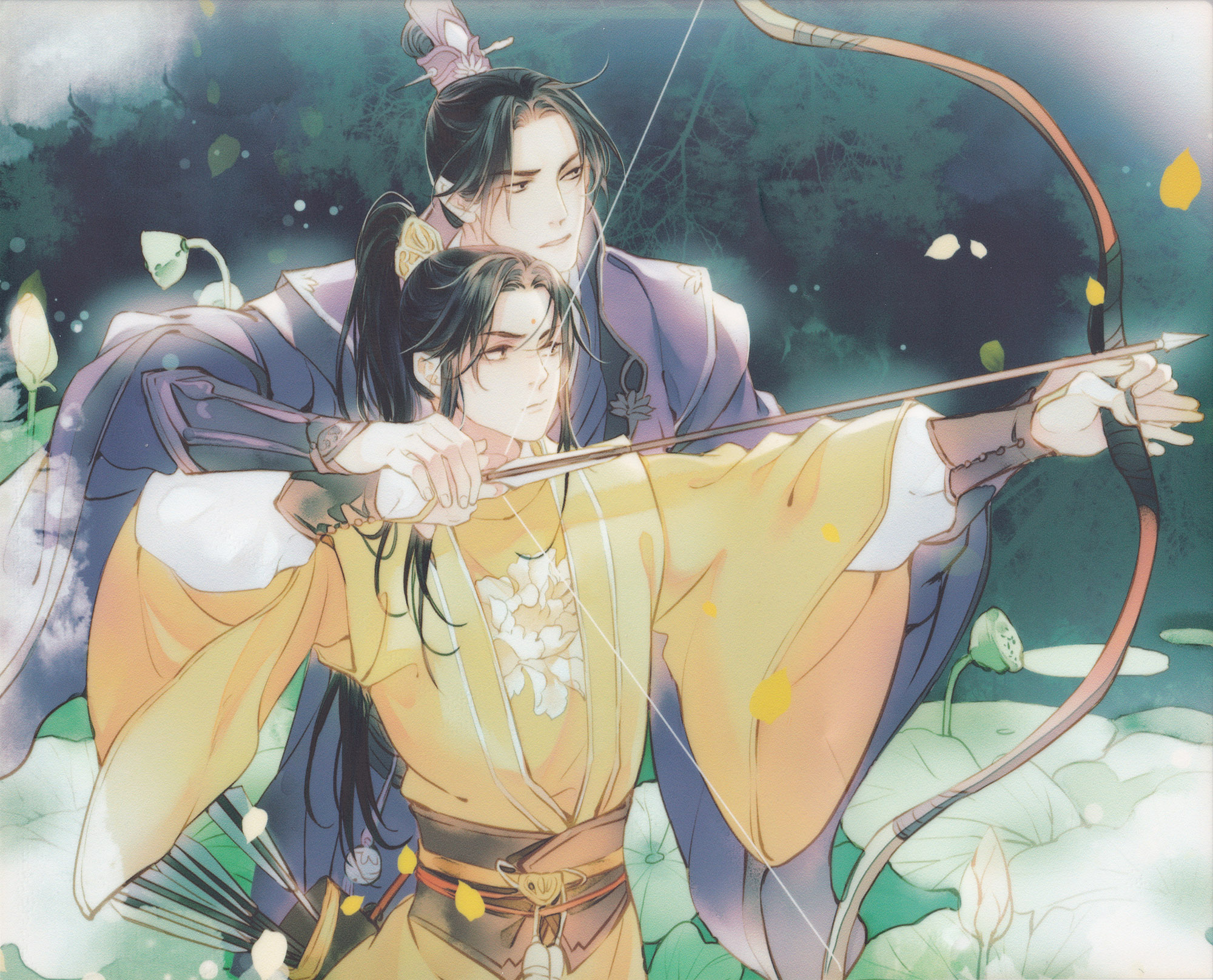 Older posts in the archive.

Casual short blogging of someone who last did casual short blogging over 10 years ago. A fangirl, an ernu, an enthusiast of many things. Lonely but bubbly and laughing despite the difficulties (as described by someone else). If you have a message or a comment, the shoutbox below is just the place for it.

(Ernu is usually used like the words weeb or otaku, in Finnish.)